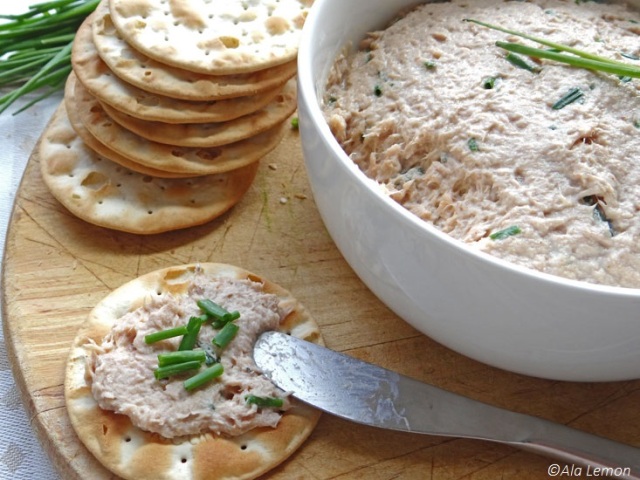 I don’t know if I mentioned that before, but there is no TV in our home. Believe it or not, it’s not as hard to live without a TV as it seems.

So far as I’m concerned, it means that I rely more on radio and the internet for news. Bonus: I don’t have to endure endless hours of mindless « reality TV. »

And in terms of radio, I like small stations where the DJs’ job involves sharing recipes for drinks or snacks. 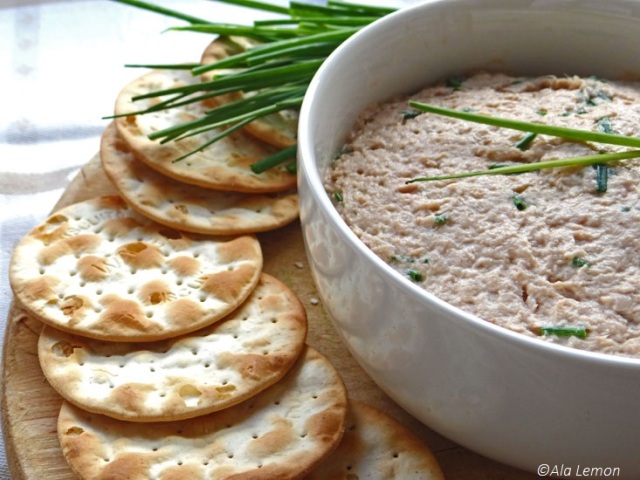 One such recipe that was given on air recently was tuna mousse. The directions were pretty simple: “combine one can of tuna in brine with fromage frais, lemon juice, chopped chives, salt, pepper and an egg yolk.” 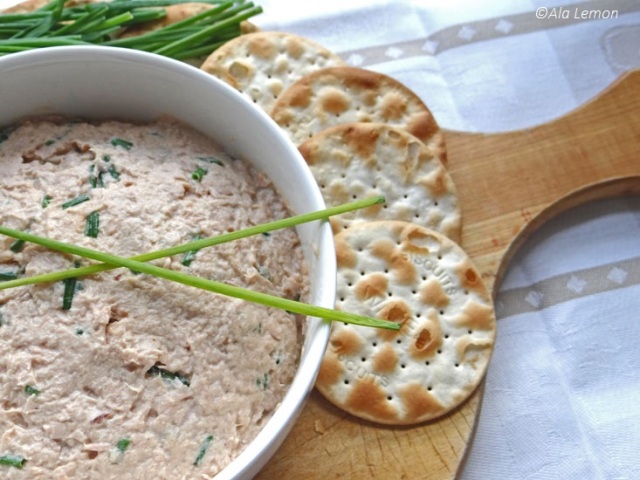 Even without exact ingredient measurements, it sounds fairly easy, right? Well, it is … until you get to the combination part. Because there are many ways of combining. Do you do by hand, using a fork, a spoon or a spatula? Or should you use a blender?

It took me a lot of trial and error to get to this recipe, but I finally managed to come up with something with the right consistency.

Just so you know, I have a bit of a stupid side. I find the term « fromage frais » very vague. So if, like me, you wonder what the Hello Kitty fromage frais is, here’s a little definition that, I hope, will help you: fromage frais is basically the curd that comes out of the brine. It’s a cheese with a high moisture content (70%) and a very soft consistency. It has a slight acidity and little or no salt. I think a cottage cheese or very soft goat’s cheese would be your safest choices. 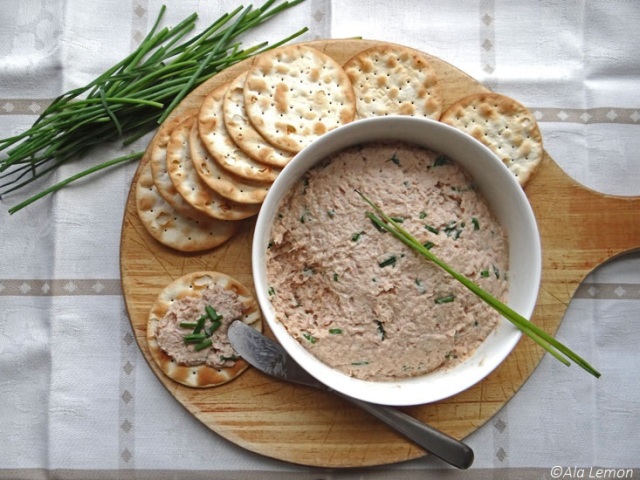 Line a fine sieve with one square kitchen paper or a cheesecloth, and place over a bowl.

Empty the tuna can and fromage frais into the sieve and allow to drain for an hour or two, but no more than that because you want to keep some moisture.

Transfer the tuna and fromage frais into a bowl and mix using a fork, until there are no more tuna lumps.

Cover with food wrap and refrigerate until needed.

Take out of the fridge about 20 minutes before serving the dip to come at room temperature.

Save this on Delicious